By Divya Kashyap. Published: May 2022.
We may receive a commission for purchases made through the links in this post. Learn more. 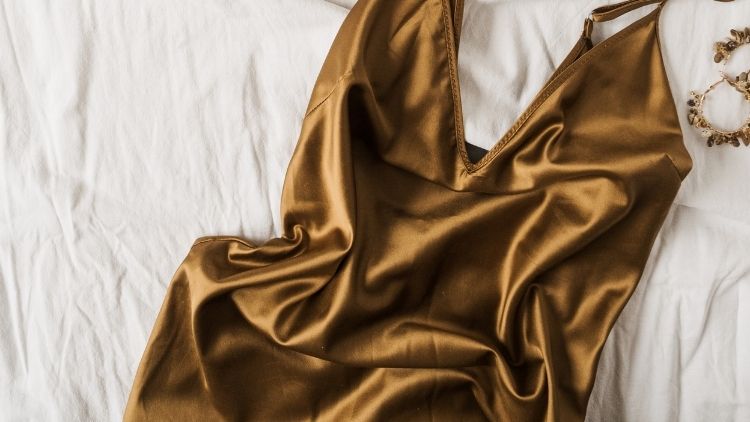 Silk is a natural biodegradable fiber that has long been used to make textiles. From 100 BCE to 1450s CE, it was one of the main commodities traded along the Silk Road. It extended from East Asia via South Asia, Persia, and the Arabian Peninsula to Europe.

Silk is a very popular fabric in the textile and fashion industry. It is used to manufacture scarves, shirts, kimonos, upholstery, curtains, and a lot of other products in various industries. In recent months, its popularity has resurged with the consumption of silk face masks.

But is silk vegan?

Unfortunately, no. Silk is not vegan. Silk is derived from insects and vegans do not use products that exploit other lifeforms and as such they do not use silk either.

What Is Silk Made Of?

Silk comes from caterpillars. The fabric itself is made from cocoon fibers produced by insect larvae before they mature into moths. While various species are able to create the fiber, only moth caterpillars are raised to produce silk. The mulberry silkworm, Bombyx mori, is predominantly used to produce the most widely used and well-known silk in the world.

Are Silkworms Killed For Silk?

In the process of silk production, silkworms are bred and raised in domesticated farms just like animals in the meat and dairy industry. The silkworms are fed mulberry leaves after they have been bred (thus the term “mulberry” silk).

The silkworms enter the pupal stage when they are ready to weave their cocoons. They create their cocoons after secreting a liquid chemical from two glands in their heads. This becomes silk upon coming into contact with air.

Normally in nature, at this stage, the worms would chew through their cocoon, emerge as a moth, and fly away. But, these chewed silk strands are significantly shorter and less valuable than entire cocoons.

In the silk business, during the pupal stage, the farmers immerse the cocoons containing living silkworms in boiling water. This process kills the worms while simultaneously unraveling the cocoons. This results in the creation of long strands of silk. Despite the grueling process, the fabric yield from this method is quite low.

Silk can also be made without killing the silkworms. This type of silk is called Peace silk or Ahimsa silk (ahimsa in Sanskrit means non-violence). It is abandoned silk that is extracted once the silkworms leave their cocoon.

Because of the broken short strands, less of the Ahimsa silk is suitable for textile manufacturing. So Ahimsa silk is more expensive than regular silk and accounts for a very minor fraction of the silk market.

In any case, Ahimsa silk cannot be considered vegan since it utilises animals in its productions. It can be only be classified as vegetarian.

Silk is not considered to be ethical by vegans because silkworms are killed to create the fabric. Many vegans consider all insects sentient and feel they have an animal right to an existence free of exploitation and suffering. Even with Ahimsa silk, the continued breeding of the moths is considered exploitative. It is thus in violation of the principles of veganism.

This is especially true as the cocoons are snipped to allow the moths to escape so that the silk strands are not damaged by the moth. That would be the case if the moth were to exit naturally from the cocoon.

Furthermore, the silkworms used in the industry have been bred over generations to be ideal for producing silk. This is quite like chickens, cows, pigs, and other animals in the industrial farming system. So even when they are released without harm, they can only live for five to ten days after exiting their cocoons.

Compared to other textiles, silk accounts for only 0.2% of the worldwide fiber market. But, it is a high-value fabric, worth almost 20 times that of cotton per unit. So, that little fraction translates to a market value of nearly $17 billion in 2021.

According to PETA, it takes around 3,000 silkworms to produce one pound of silk. To add more perspective, ThoughtCo reports that one gram of silk thread kills 15 silkworms, and one silk sari kills 10,000. Silk is considered a luxurious commodity, and as with fur and leather, luxury here is synonymous with slaughter and suffering.

As for labor, China is at the forefront of silk production followed by countries like India, Uzbekistan, Brazil, Iran, and Thailand. Like other industries in third-world countries, silk is affiliated with child labor and human rights concerns. This includes worker exploitation, poor working conditions, and employer violations.

The Human Rights Watch reported in 2003 that 350,000 children in India work as bound workers in the silk business. Many of them are subjected to “physical and verbal abuse.”

A 2016 study published in the Journal of International Academic Research for Multidisciplinary stated:

“Even though the silk is based on natural origin, the silk industry involves certain health risks in all the segments of silk processing from mulberry cultivation to silk finishing including pesticides and herbicides toxicity from the mulberry field, carbon monoxide poisoning, unhygienic rearing, use of bed disinfectants causing breathing problems and acts as carcinogens.”

Vegans believe that the only ethical way to create silk is to harvest cocoons from insects in the wild after the adult insects have emerged. Some also believe that wearing second-hand silk, freegan silk, or old pieces of clothes is another ethical approach to wearing silk.

Since it’s a natural protein fiber, silk is biodegradable. 100% silk fabric void of polyester or heavy chemical treatment will break down in the compost pile within one year. It would take four years to naturally decompose.

Resource consumption is where silk carries the biggest negative environmental impact. Firstly, silk farms are maintained at a specific humidity and temperature of 65℉. A majority of the silk is produced in hot Asian countries like India, Bangladesh, and Thailand. So, a large amount of energy is used for air conditioning and humidity control alongside steaming and hot air drying.

Secondly, silk production requires a significant amount of water. Its dependence on the mulberry tree, which consumes a lot of water, may strain freshwater resources. Huge amounts of water are also required for various processes in the silk manufacturing chain.

Additionally, the Mulberry tree is known for disrupting natural ecosystems in non-native environments. The tree is a highly invasive species. These occurrences have been recorded in America, Latin America, and South Asia.

Lastly, chemicals that are used to clean and dye silk most often contain acid dyes, metal-complex dyes, and reactive dyes. This chemical treatment is known to have an impact on the biodegradability of silk while also polluting water supplies.

According to the Sustainable Apparel Coalition’s Higg Index, as reported by Ecocult, “silk has by far the worst impact on the environment of any textile, including polyester, viscose/rayon, and lyocell. It’s worse than the much-demonized cotton, using more freshwater, causing more water pollution, and emitting more greenhouse gasses.”

Surprisingly, the Higg Index discovered polyester to be the least-harmful alternative to silk. It is even less harmful than the semi-natural fibers described above.

There are a plethora of vegan silk alternatives to insect-derived silk. They feel just as luxurious and comfortable while offering durability. These include fabrics like modal, micro silk, orange fiber, lotus silk, and ramie. There are also options like milkweed seed-pod fibers, silk-cotton tree filaments, and cactus silk.

Silk, essentially, is not vegan. There are pros and cons to using silk as a fabric, but in our opinion, the cons far outweigh the pros. Silk can be considered a zero-waste and circular fabric that is biodegradable. But, it comes at the cost of exploitation and killing of billions of silkworms.

It also takes massive amounts of energy and water resources to produce a low-yielding fabric like silk. The environmental consequences and labor concerns must be taken into account with a fabric like silk.

Fortunately, there are vegan silk alternatives in the market that are just as durable while also being biodegradable. 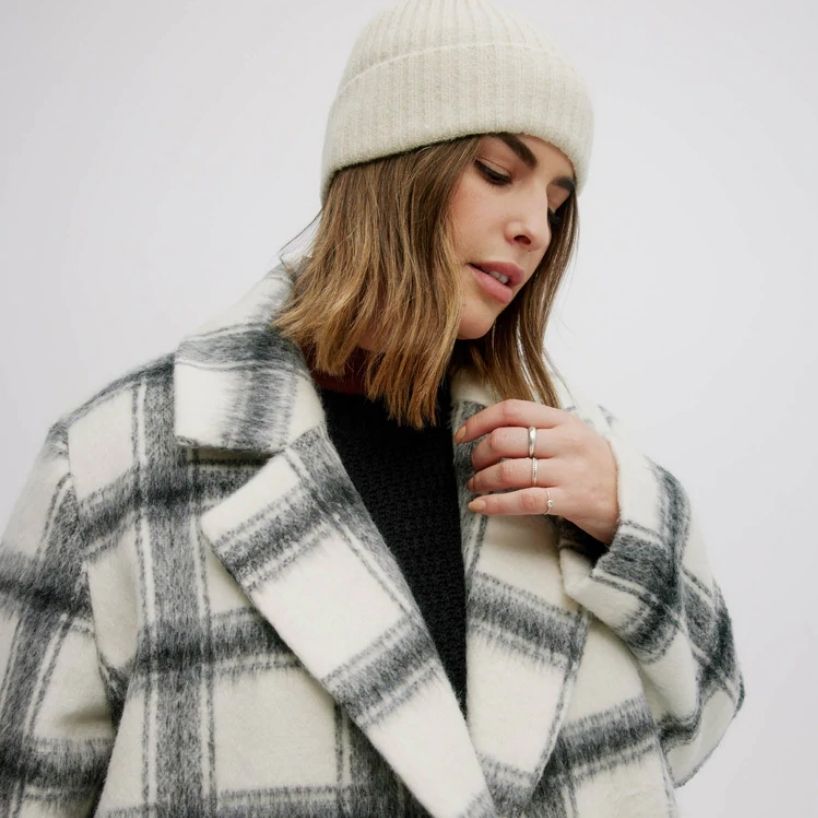 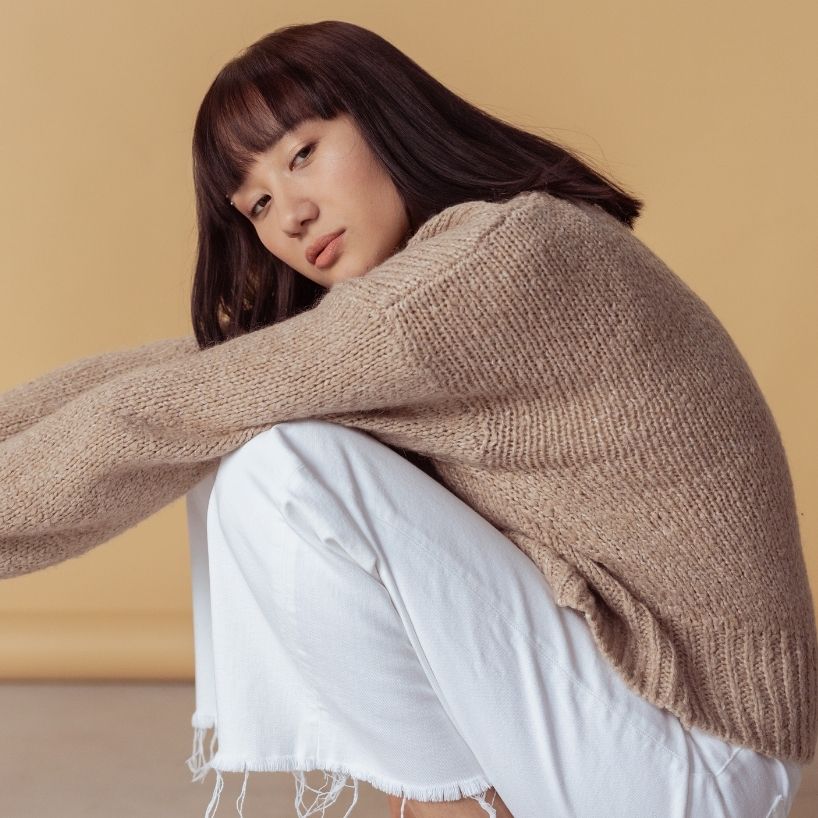 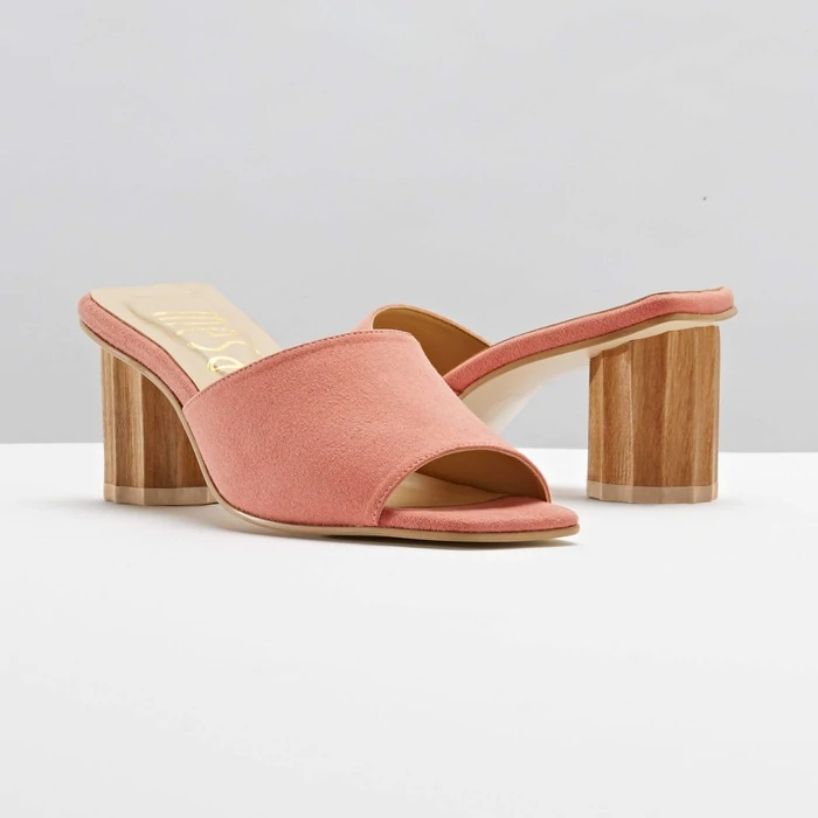 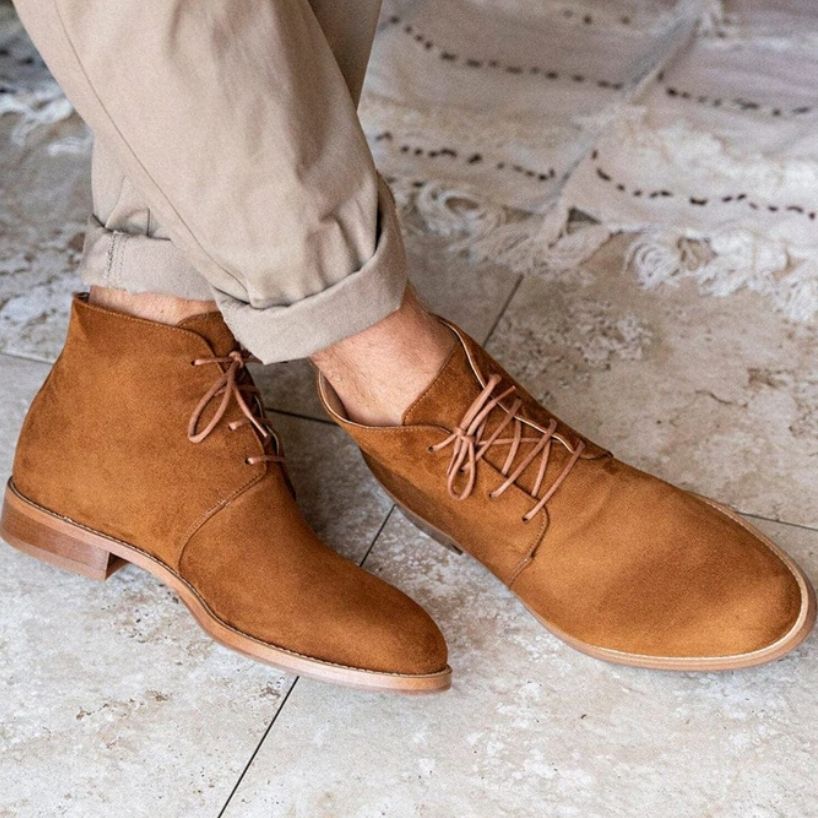 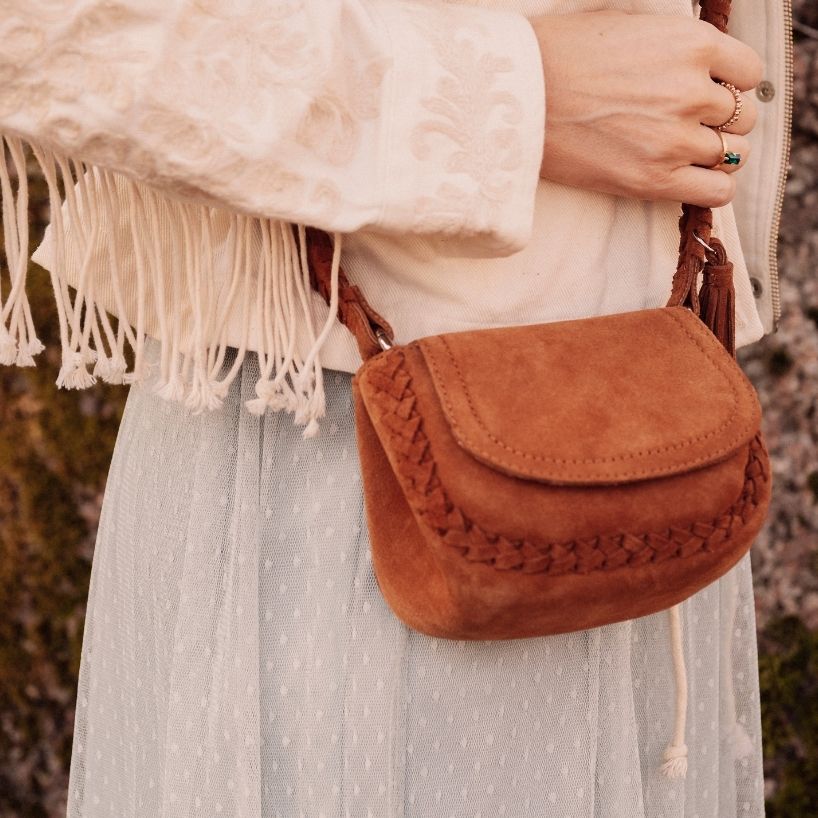 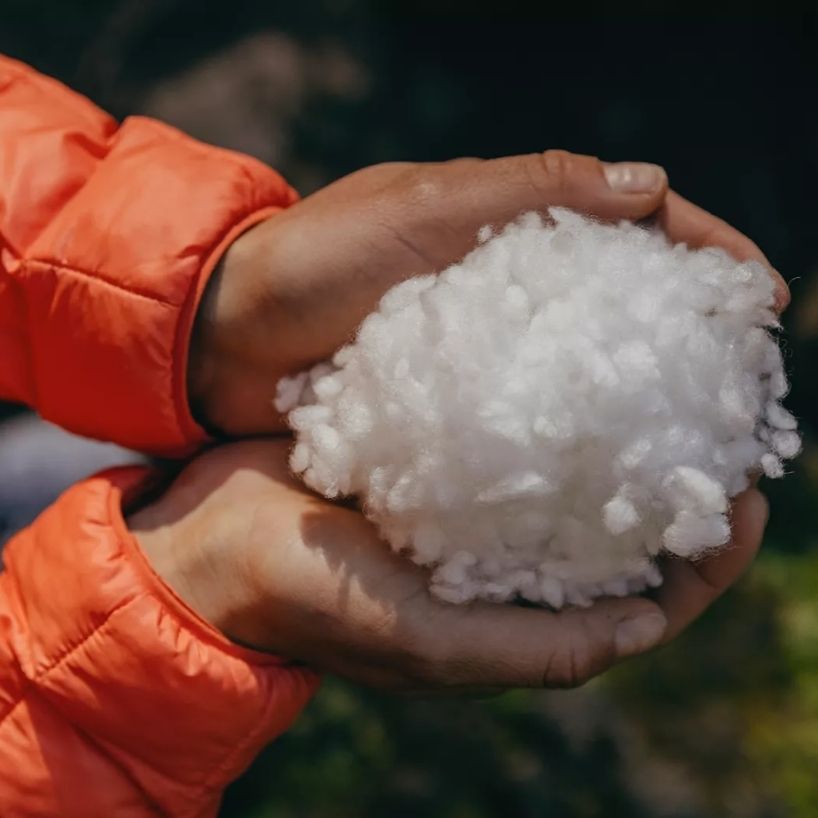 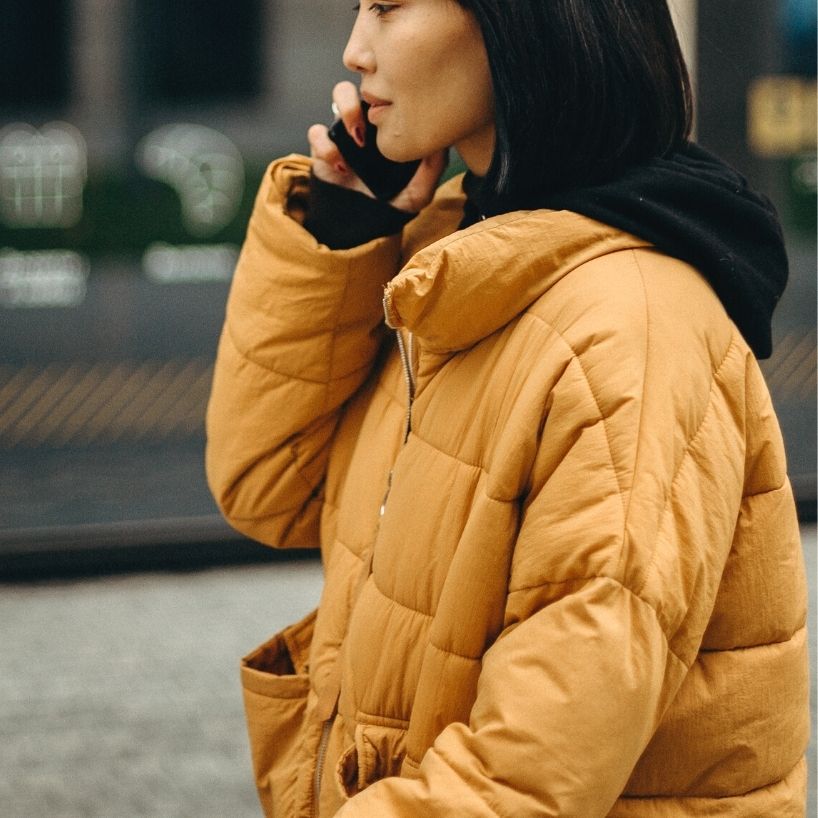 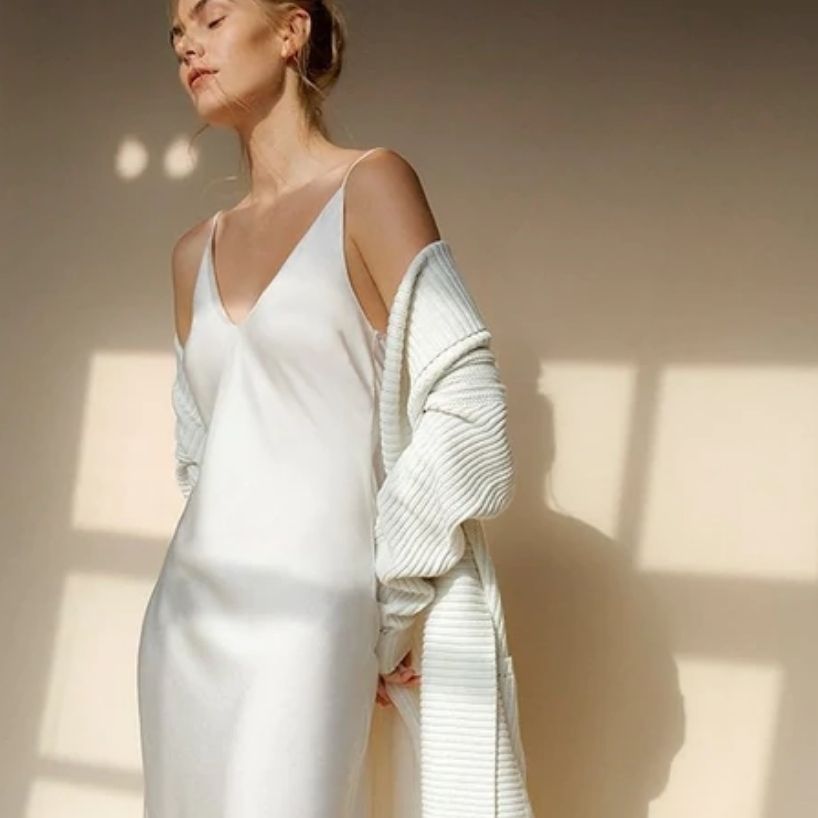 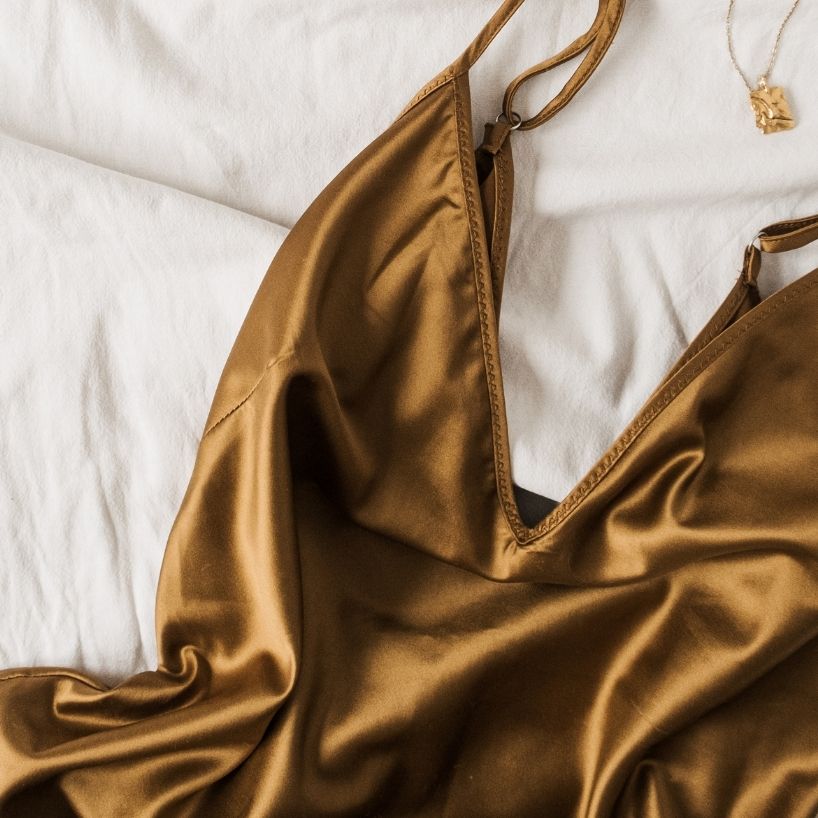