By Liis Hainla. Updated: April 2022.
We may receive a commission for purchases made through the links in this post. Learn more. 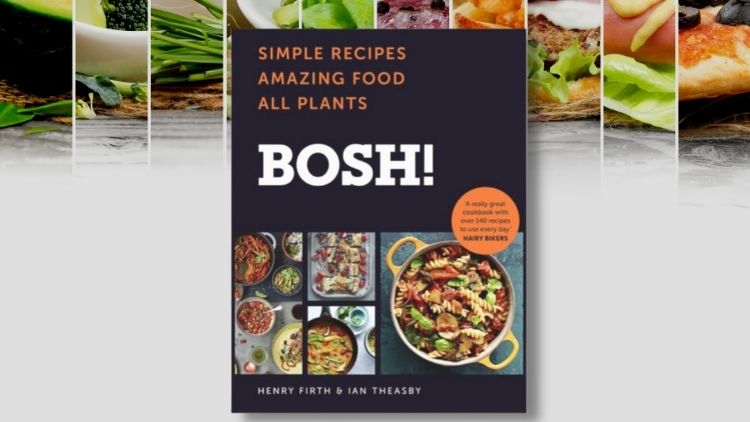 Vegan cookbooks are a blessing. Though the internet is bursting with recipes, only a cookbook can give you that mindful cooking experience we all need. Switch off your phone, open a beautiful recipe, and be in the moment. Just you and some delicious plants.

There are so many fantastic vegan cookery books you should get on your shelf. Discover epic new dishes bursting with flavor that will make a non-believer believe. You will also find recipes from all over the world, so you will never grow bored with vegan cooking.

Either you are starting your plant-based journey or you are a longtime vegan, we have picked out the best vegan cookbooks for every taste and diet. You will be amazed at what plant-based ingredients can do.

What Is In A Vegan Cookbook?

A vegan cookbook is a collection of plant-based recipes. The recipes are free from animal ingredients such as meat, fish, dairy, and eggs. Instead, vegan recipes use vegetables, fruits, leafy greens, nuts, legumes, and grains.

Plant-based cooking has many health benefits. It can lower the risk of heart disease along with type 2 diabetes and certain cancers. Aside from health, a growing number of people switch to a vegan diet for animal rights and environmental reasons.

A great vegan cookbook is your key to balanced vegan meals. It teaches you the tastiest combinations and how to achieve that deep umami we all crave. Most books also include nutritional information that you can modify to fit your lifestyle.

What To Look For In A Vegan Cookbooks?

There some key things to consider when buying a vegan cookbook. Such as your budget, your lifestyle, the size of your family, and your nutritional goals: are you looking to treat yourself or get healthier instead? Luckily, there is a vegan cookbook for every need.

If you are new to the vegan diet, make sure you are buying a vegan cookbook that has simple recipes and easily accessible ingredients. You do not want to overwhelm yourself at first since vegan food can be easy, quick, and still healthy.

A vegan cookbook should also have some informational value. It should give you the basics of vegan eating and include nutritional information about each meal. That way you can easily learn the tips and tricks of a plant-based diet and get your nutrients balanced right away.

For seasoned vegans – allow your new vegan cookbook to surprise you. Explore a completely new world cuisine or find new creative ways to use coconut in your cooking. Trying new ingredients and methods will always make your dinner table richer and healthier.

Here are the best vegan cookbooks that are all available on Amazon. From our old favorites to shiny new releases, these books help you become the most sought-after dinner host. Illustrated with beautiful photos, these books also make a great gift to friends and family.

Simple recipes, amazing food, all plants. That’s all you need for writing a bestselling vegan cookbook. Indulge in mouthwatering recipes for breakfast, lunch, and dinner made from ingredients you can find from your local store. Their cauliflower buffalo wings are the best.

BOSH is the largest plant-based video channel on Facebook with an equally successful cookbook collection loved by PETA and Sunday Times among others. Try also their new release SPEEDY BOSH! with delicious dishes ready in 30 minutes or less.

The Plant Based Diet for Beginners by Gabriel Miller

This Gabriel Miller book is a must-have for new vegans. He artfully combines healthy and delicious whole-food recipes with helpful guidance for newbies. Get all the nutritional information along with shopping lists, sample menus, and tips on how to cook vegan basics.

The Oh She Glows Cookbook by Angela Liddon

This New York Times bestseller is packed with healthy and balanced vegan meals that are heavenly fresh and low in calories. Enjoy breakfasts, bowls, and smoothies with gorgeous photos. The book has also many recipes free from gluten, soy, nuts, sugar, and grains.

Juicy cheesesteak, fried chicken, and mac ‘n’ cheese are veganized in this tribute to comfort food. YouTuber Lauren Toyota has helped many people switch to a vegan lifestyle and nothing paves a smoother road than simple and comforting vegan meals.

The Vegan Cookbook for Athletes by Anne-Marie Campbell

Get your macronutrients in order with this vegan cookbook made for runners and other athletes. The high-protein recipes and meal plans help you build endurance and strength along with nutritional guidance. And the food is super tasty, especially their 5-bean chili.

Plant-Based On A Budget by Toni Okamoto

Looking for cheap vegan recipes that are also fast to make? This bestselling Moby-endorsed book has over 100 “frugal but delicious” dishes including the yummiest jackfruit tacos and peanut butter bites. It’s a bible for college students and beyond.

Your kids will love these vegan recipes from crispy chickpea burgers to creamy fettuccine and delicious chocolate chip cookies. This amazing book also addresses common dietary concerns and shares nutritional information to guide your family to a wholesome vegan diet.

Chloe Coscarelli has created the ultimate vegan cookbook for baking and desserts. Discover over 100 divine recipes of cakes, pies, cookies, icecreams, and doughnuts. She uses simple ingredients (no odd egg replaces) and beautiful photography. The pumpkin pie is to die for.

People with intolerances and allergies can still rock a plant-based diet. These are our favorite vegan cookery books specially tailored to special diets. From gluten-free vegan cookbooks to the low-carb ketogenic diet – these books use plants that meet your needs.

Vegan cookbooks give you a chance to support amazing vegan authors from across the world. Especially black vegan authors and other people of color that have opened the door to their traditional cuisine.

Discover vegan curries, burritos, pasta, and the most comforting soul food across the globe. These vegan cookbooks will literally bring you the world on a plate. All powered by plants.

Looking to take your new air fryer for a spin? Here are some awesome new vegan cookbooks specifically tailored to air fryers, slow cookers, and instant pots. Make quick and easy vegan recipes that can also be entirely fat-free and oil-free.

Celebrities add that little bit of extra magic to cookbooks. While vegan star Tabitha Brown is still working on her first vegan cookbook, here are some already published cookbooks. From famous vegan actresses and new celebrity chefs, these vegan recipe books are awesome.

What is the best vegan cookbook?

The best vegan cookbook is “BOSH! Simple Recipes. Amazing Food. All Plants.” The recipes are tasty, wholesome, and easy to make from basic supermarket ingredients.

What is the best vegan cookbook for beginners?

The best vegan cookbook for beginners is “The Plant Based Diet for Beginners” by Gabriel Miller. It includes 75 delicious recipes with all the essential information you need when transitioning to a plant-based diet.

Who is the best vegan chef?

Vegan cookbooks show just how rich and satisfying a plant-based diet can be. Either you are a vegan or vegan-curious, a vegan recipe book comes in handy in every home.

Treat yourself with vegan comfort food or explore healthy eating, cook for one or for your whole family – there is that right book for everyone.

While we think the best-ever vegan cookbook comes from BOSH!, there are so many other great ones. From the bestselling Forks Over Knives to Bad Manners and America’s Test Kitchen – we could not even fit all the amazing books into one article.

With all world cuisines one by one veganized, you can never have too many cookbooks on your kitchen shelf. Maybe you will even write the next one yourself. And if you do, we are sure to try it out and add it this our list.